A few weeks ago, I wrote about the interesting Onsego GED Math Calculator course developed by the online learning developers of Onsego GED Prep that enables students who don’t have a clue as to what Math is all about still pass the GED Math portion. 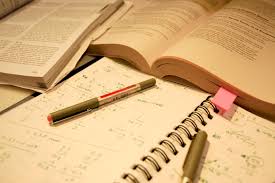 I centered merely on this part of GED Math, but the Onsego course is so much more than just that! Onsego offers the probably fastest way to earn your GED® diploma.

That is because, if you purchase the Advantage Plan ($79), they offer you so much more than just GED video lessons and practice tests.

You have immediate access to all GED lessons and practice in any order you prefer. And if you take the practice tests, you’ll learn right away what subject fields or GED topics require your attention and study time most.

Since that will save you a lot of time, you’ll get your GED faster than by signing up for a course where you must adhere to a pre-established study plan where you need to also go over things you already master before you can continue.

END_OF_DOCUMENT_TOKEN_TO_BE_REPLACED

A country’s development depends largely on the educated masses as education helps you get better jobs and in turn increases the per capita income of the country.

Education these days is a costly matter and due to financial reasons, several women are unable to pursue higher studies and are forced to settle down with low-income jobs so check out these scholarships for women that will help reach your full potential!

Often, the inability to arrange funds and family burdens compel them to start working at a young age. The US Government in recent times has come up with various women’s scholarships and grants in order to encourage women to gain a basic degree and even go for specializations.

Many women at the later stage of their life realize the importance of education and wish to enroll in various educational programs and degrees offered by various colleges.

END_OF_DOCUMENT_TOKEN_TO_BE_REPLACED

Student scholarships are awarded to the best students based on several eligibility criteria. A student needs to have a great GPA score, must write the best essays, have strong personality skills, must be good in extracurricular activities, and should be talented in a whole lot of other things.

This post shows you a few really weird scholarships in America. There are more “somewhat strange” scholarships available, though. In a next post, I’ll show you some more.

The application process is really tough on students, to say the least. However, there are some organizations that spare students all this trouble. They give out easy scholarships at the drop of the hat. Below are some really weird and unusual scholarships.

To win this strange scholarship, you don’t have to have skills – just a good height. Yes, your height counts even if you are the brainiest in your class. Tall Clubs International Scholarship is awarded to boys who are 6’2” or more and to girls who are 5’10” or more.

You need to write an essay about what your height means to you. If you get the reasons right and if they strike a chord with the evaluators, you get $1,000 in your pocket.

END_OF_DOCUMENT_TOKEN_TO_BE_REPLACED

At Onsego, a website that publishes high school equivalency prep courses, they say that every student is now capable of passing the GED Math subtest. 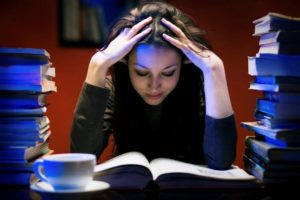 The GED Testing Service recognizes Onsego as one of only 20 publishers that designed prep materials that are 100% in line with the current GED exam.

For many students, passing the Math portion of the GED test is a challenge. Fear of what Math is all about and often multiple failures of passing GED Math are the main reasons why students give up studying for the GED test entirely.

Well, hard to blame them. Not every student is good at math, and many people will never need math to have a successful career or lead a good life. Not every position requires workers to understand how they should solve quadratic equations or calculate slopes of lines.

END_OF_DOCUMENT_TOKEN_TO_BE_REPLACED

Me: what did you do at school today?
Son: Learned about the world using Google Earth.
Well, I really hadn’t expected that answer.

If you think about that for a moment it’s quite staggering. My son is 5 years old and in his first year of school. When I was 5, I can’t imagine I even knew what an atlas was and maybe I didn’t know the world existed outside my town, let alone my country.

So after dinner, we took a virtual trip up and around the top of Mount Everest. We also visited Ayers Rock in Australia, the Great Wall of China, the Eiffel Tower in Paris, and my personal favorite, we zoomed in to the 50-yard line of Soldier Field, home to the NFL’s Chicago Bears. Ain’t technology awesome…

A few weeks ago, I wrote an article entitled “Sticky Fingers: Our Children’s Technological Future“, in which I marveled at my 2-year-old son’s intuitive use of my iPhone and his frustration with the ‘archaic’ non-Touch television we own.

END_OF_DOCUMENT_TOKEN_TO_BE_REPLACED

I have sticky fingerprints smeared across my flat-screen TV. They’re not mine, I might add. Rather they belong to my five-year-old son. Unlike his other random markings around the house (walls are a particular favorite), these are deliberate and with purpose.

He tries to operate the TV like he would my iPhone. That is, he competently swipes and pushes objects (buttons) on the flat screen as a means of navigating to the content he wants.

When the TV doesn’t respond he gets annoyed and airs his displeasure. For instance, a favorite program of his starts and ends with the characters entering a lift (elevator) – the top floor housing a fun playroom.

One day, as the program was coming to an end and the doors to the lift closed on the departing characters, he began to furiously ‘swipe’ the doors on the screen, yelling “no, no, no!” – desperately trying to open the doors so the program wouldn’t end.

But end it did, and in tears.

It struck me watching this, that he’s two years old and already he’s frustrated with the speed of technology advancement. To him, there is no reason why a TV shouldn’t work in the same way as Daddy’s iPhone.

Which makes me wonder, will he be able to afford future college tuition fees and how fast will technology evolve in just the first couple of decades of his life?

END_OF_DOCUMENT_TOKEN_TO_BE_REPLACED 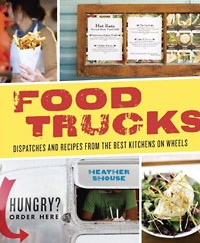 Food Truck Mania is alive and well in many American cities. From Korean BBQ to tacos to cupcakes, there’s a truck to satisfy any palate. But how do you find out what’s available near you? Answer: Location-based food truck apps.

Apps Tailored to Your City
Depending upon where you live, there may be apps designed specifically for your city or town. The Cart Compass PDX app (iPhone | Android), for instance, provides real-time information about Portland’s famous food trucks, stalls, and pods.

Cart Compass PDX is powered by a database containing over 300 different vendors! The app determines your current location and shows the nearest trucks on a map. You can also search by vendor or type of cuisine and access user-generated ratings and reviews. Here are a few additional city-specific apps:

The features and functions of Cart Compass PDX are common to many food truck apps. Virtually all are GPS-enabled and detect your precise location.

END_OF_DOCUMENT_TOKEN_TO_BE_REPLACED

Mobile navigation and geolocation became important features of modern websites. Many multi-location organizations rely on geolocation for bringing people to their websites. The same counts for schools and other educational organizations.

For example, the education website MyCareerTools.com gives students access to free online GED courses and they also can easily find ‘traditional classes around their locations.

This is a very important search option because students expect to be able to find a school near their home. This solution is based on API from NN4D.

Signal jamming is a major concern for the shipping industry. A compromised GPS signal can have serious safety and financial consequences. However, unlike jamming, which merely interrupts signal availability at the receiver, spoofing overrides the satellite signal with one that transmits misleading information.

In June, students from UT Austin conducted a spoofing experiment off the coast of southern Italy. They used a custom-made device to send counterfeit signals to a GPS-powered yacht located 30 miles offshore.

By overpowering the GPS signal, the students were able to take control of the ship’s navigation system. Next, they successfully altered the ship’s course, leading it away from the intended path.

END_OF_DOCUMENT_TOKEN_TO_BE_REPLACED

Students who wish to apply for full scholarships or partial grants should complete and submit the “Scholarship Application”. The MUST Center bases its selection criteria on a series of requisites that the prospective candidate must meet to qualify for NASA scholarships and grants as outlined below:

END_OF_DOCUMENT_TOKEN_TO_BE_REPLACED

The education that you need to have depends on the career that you are going into. You will be able to get most of what you need when you’ll take community college courses.

Of course, you should make sure that you are getting what you’ll need and that you’ll be able to pay for college or university. So what is the American university tuition on average?

So when you’ve completed your high school curriculum comes the time when you’ll need to make sure that you’ll be able to pay to go to college.

The majority of the universities and colleges will allow you to pay a relatively small amount and this particularly counts for community colleges. The important thing is to make sure how much you can pay at any given time.